German architect, who received worldwide recognition as the creator of awning and membrane structures, which he applied in his unusual structures.

It is symbolic that the name “Fry” is translated from German as “free”. It is precisely through creative freedom and bold experiments that Otto Fry is remembered in the history of architecture. He was always looking for new ways to achieve maximum results with minimal means – hence his passion for “lightweight” designs, which brought him fame.

Inspiration is in nature

Fry Otto repeatedly said that he drew inspiration for his works from nature. His structures emerged as prototypes of natural forms. They are optimal designs “suggested” by nature itself – they are not only aesthetically pleasing, but also economically bebeficial.

To find and investigate biomorphic forms, Fry Otto studied living nature, experimenting with different models – soap films, suspended structures. He always asked himself the question – what is nature? For him nature is home, care and laughter. 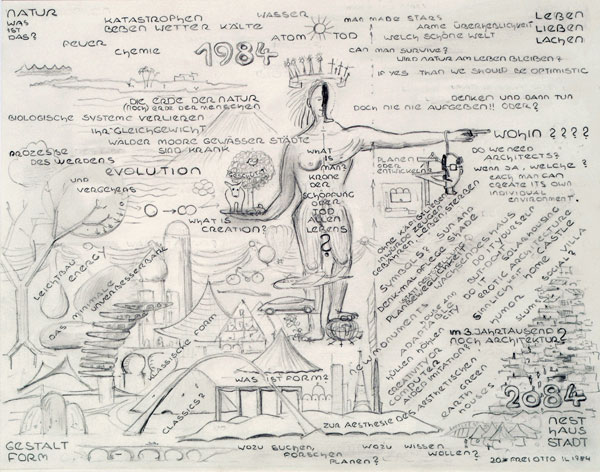 In architecture, he was interested in temporary structures made of lightweight materials. Accordingly, not all of them have survived, and few are in good condition. He made giant shells, tents, tents from canvas, polyvinyl chloride and plastic – and they don’t “live” long.

The architect’s most famous work is the roof of the German pavilion at Expo 1967 in Montreal, Canada. The pavilion was huge – it covered an area of 8000 m². To stretch a single membrane, 8 supports ranging in height from 14 to 36 metres were required. The membrane shell was formed by stretching a steel mesh that was manufactured in Germany and delivered to Montreal in rolls. The main installation of the supports and mesh took 3.5 weeks and the additional geometry adjustment took another 5 weeks.

The German Pavilion at the Montreal exhibition was another milestone in the history of architecture and the prototype of a new generation of roof structures. Despite the temporary nature of this structure, the pavilion remained functional until the 1990s – it was used as a covered playground. 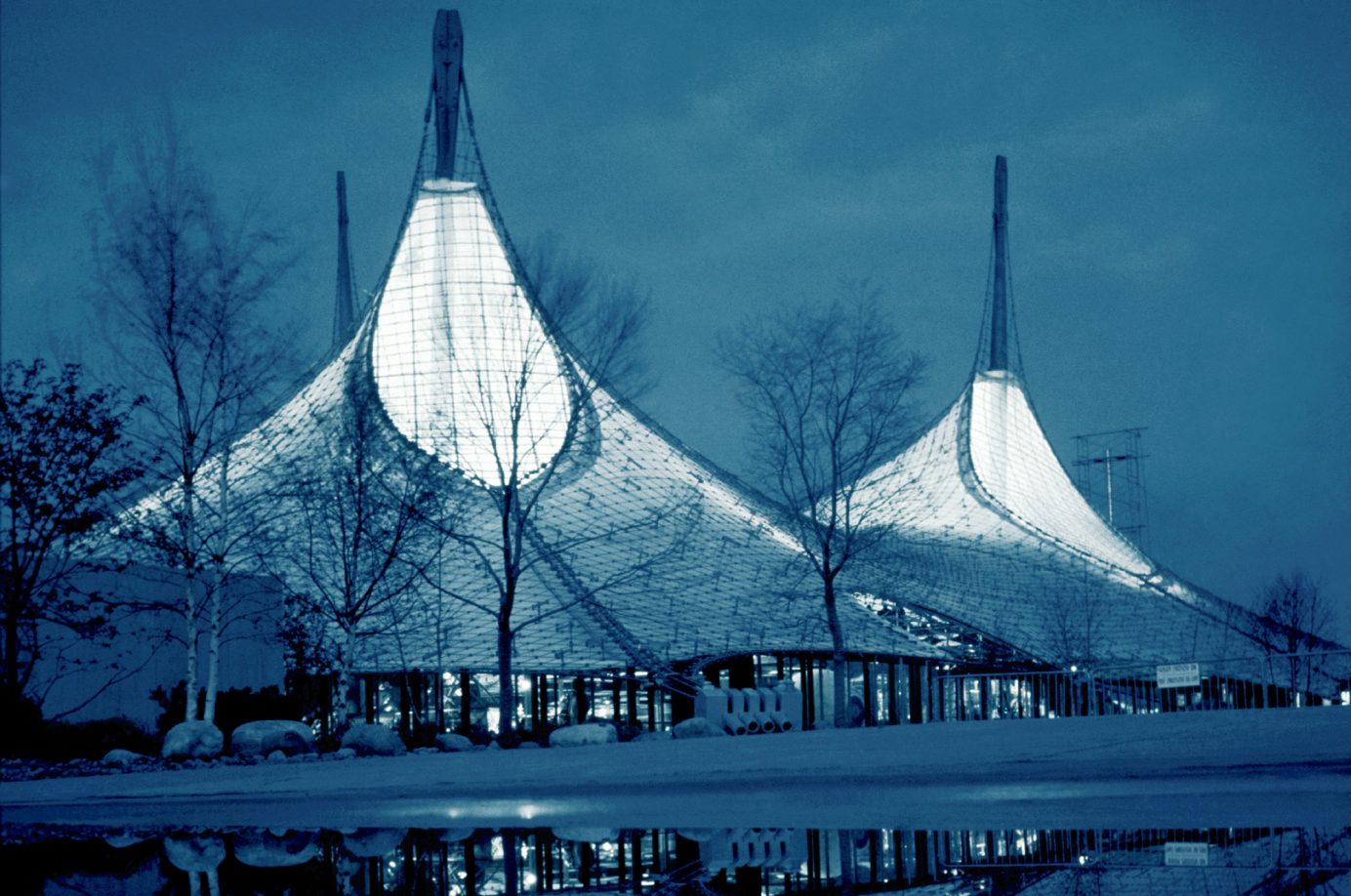 One of the main works of his life is the roof of the Munich Olympic Stadium, built in 1972. The stands of the stadium and part of the Olympic Park are covered with giant hanging shell slabs. The transparent roof of the stadium is the only long-lived example of Fry Otto’s early structures. 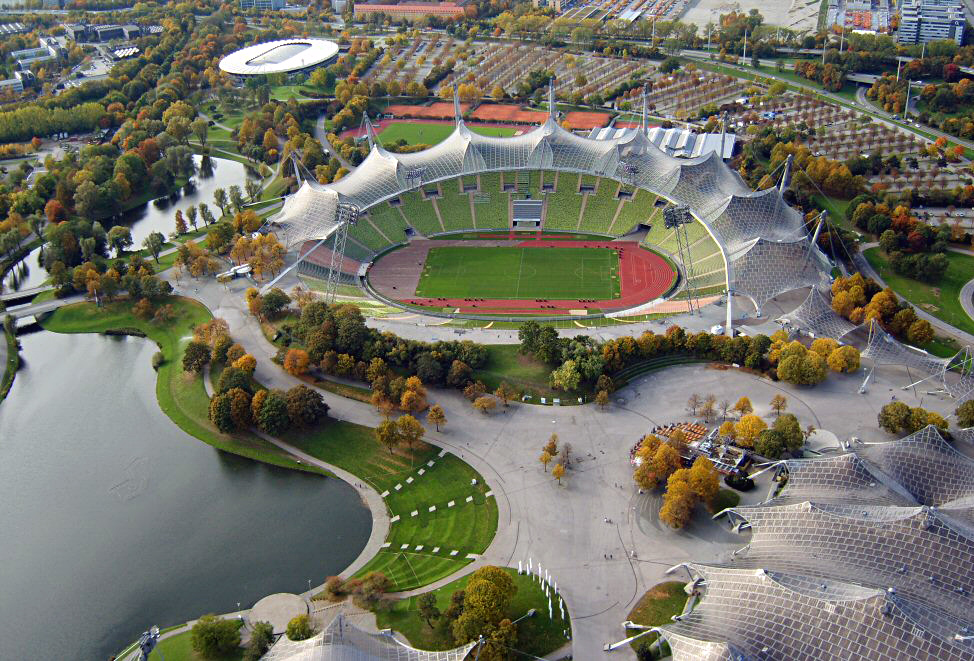 In 1985, a conference hall was built in the city of Riyadh (Saudi Arabia) for holding state receptions and cultural festivals. Fry Otto became one of the architects of this project. 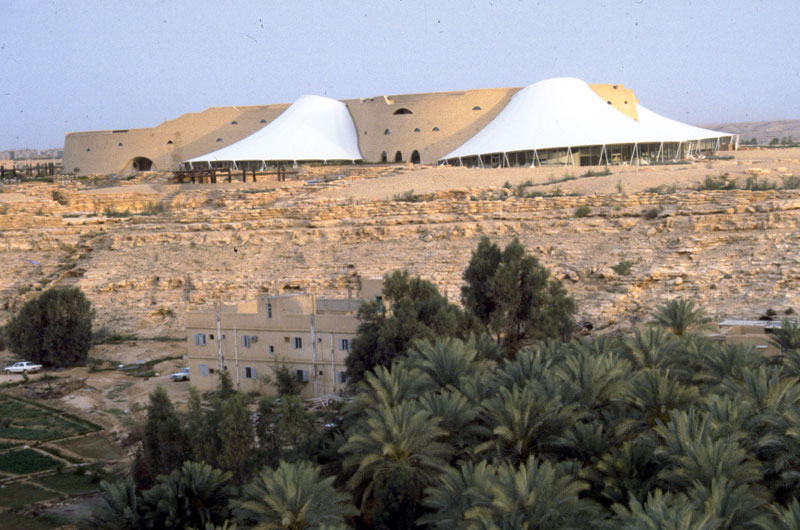 In 2000, Japanese architect Shugeru Ban recruited Fray Otto as an expert in designing ultra-light, large-span coverings to work together on the Japanese pavilion for the World Expo in Hanover, Germany. The monumental origami became one of the most sensational projects at Expo 2000.

The Japanese pavilion was made of paper and represented a honeycomb-like structure. The material chosen for the construction of the entire load-bearing structure and the technology used to build it brought the Japanese pavilion into the category of engineering and technical masterpieces.

The use of multi-layer cardboard as a material for the main load-bearing elements essentially broke an unspoken taboo on the use of paper in construction. The project developers even had to obtain special permission from the German fire department for the operation of this structure. 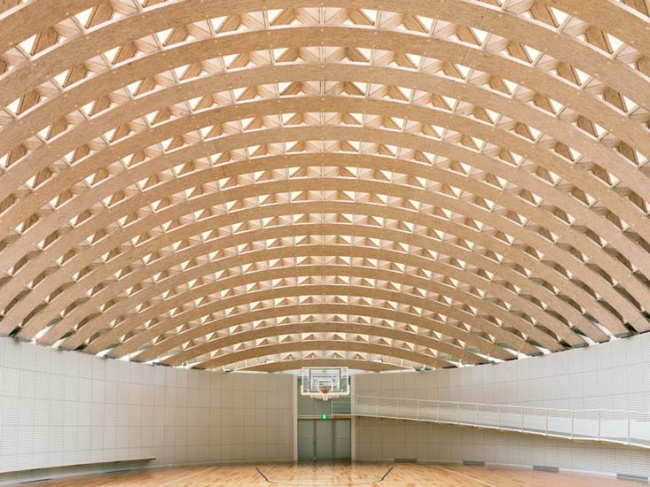 With the same Japanese architect, Fray Otto was also involved in the creation of landmark architectural objects in France. They worked on the Pompidou Metz Museum of Contemporary Art, which was under construction in the French city of Metz from 2003 to 2010.

The museum building is distinguished by the original shape of its roof. The “Chinese hat” is the nickname given to the roof-covering of the museum building. The inimitable style of Fritz Otto can also be seen in this design. 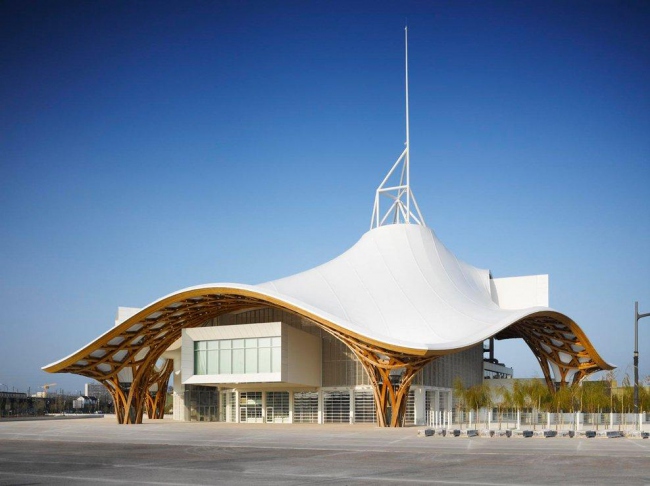 One of his first significant structures, which caused a great resonance in the world of art and architecture, were the three pavilions for the garden exhibition in Kassel (Germany), erected in 1955. 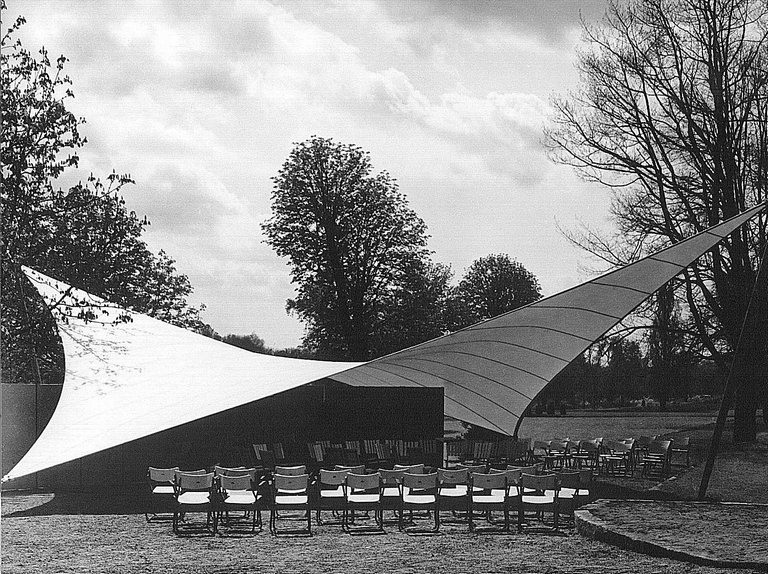 These pneumatic stretched membrane structures were the ‘progenitors’ of the modern Parus sun protection systems in the MANEZH range. Parus is a tensile awning system that has a sturdy design, adapts easily to almost any landscape conditions and is ideal for protecting large terraces from the sun and light rain. 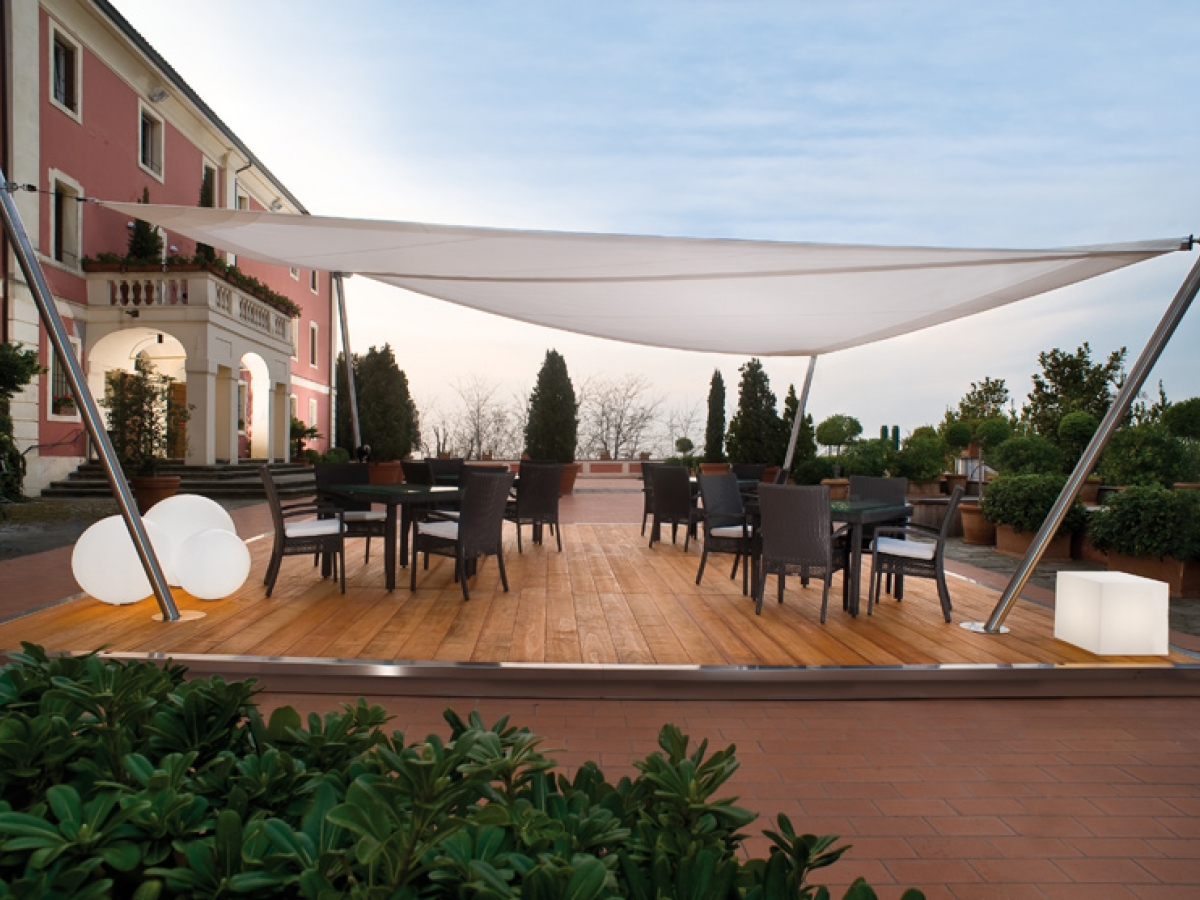